My friend P and I saw the Easter break as the perfect opportunity to combine the joys of the beach with a BBQ frenzy. 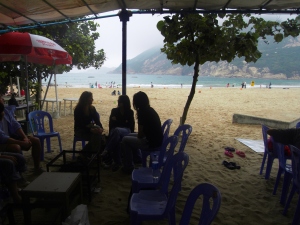 We organised a massive BBQ on Easter Monday at Shek O beach and rented a sheltered BBQ pit for 30 people. 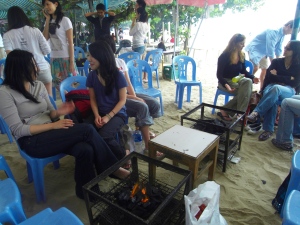 The beauty of renting these private pits is that you can take the easy way out and pre-order food and a drink for every person! So all we did was bring some extra drinks, snacks and our appetites. 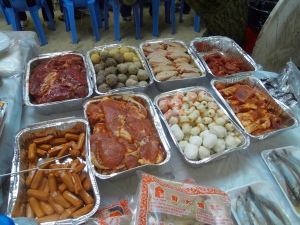 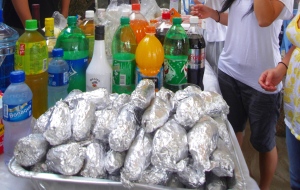 Annoyingly I caught a cough and a cold over Easter weekend and had partially lost my voice which meant I couldn’t go crazy BBQ’ing meat. Instead I watched with amusement as people piled on their skewers with several varieties of meatballs, fishballs, sausages, chicken wings and cuts of beef and pork. We also had an abundance of sweet potato and sweetcorn to get through which we placed around the coals.

It looked like some had BBQ strategies, basting their meat with honey and lovingly turning the skewers over after a set period of time.

Other simply stuck their skewers on the BBQ net and watched for signs of charring! 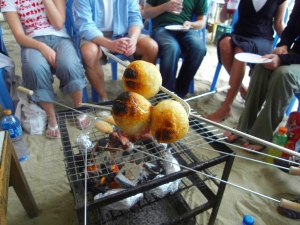 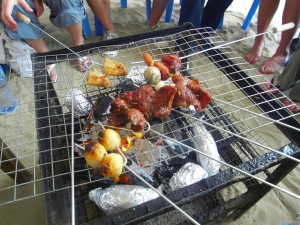 One friend R, did some extreme BBQ by placing 6 sausages and 2 meatballs on her skewer: 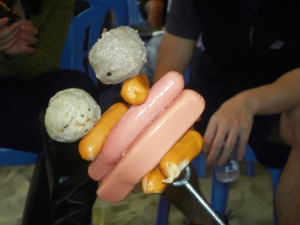 My friend W was the Pimms expert and whipped up the British tipple in my saucepan.

The cocktail was made with apples, oranges, lemons, mint, cucumber and lemonade. A variant can be made with ginger ale. 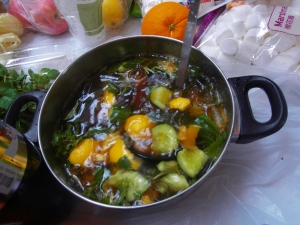 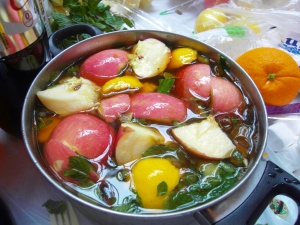 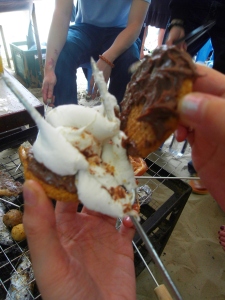 This is our friend S’s (aka s’more girl) masterpiece: 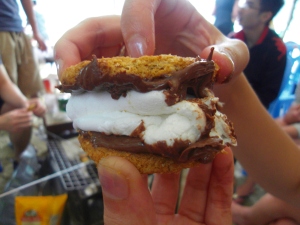 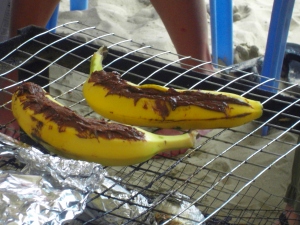 An interesting variety of food on the BBQ net: 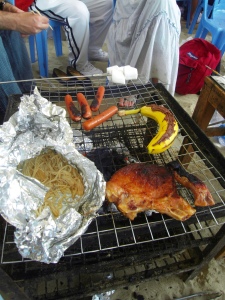 Chopstick rating: 5/5 ‘cos we LOVE BBQs!

9 thoughts on “The art of BBQ’ing”