Everyone loves a good curry and one gem of a find is Chor Bazare in Tai Hang, which is named after a Mumbai flea market. I would never have found it if it wasn’t for a friend organising a curry night out one day, as it is hidden in the maze of little streets in this area. Inside is teeny tiny, so teeny tiny that it takes some serious manoeuvring skills to slip oneself into the seats. The small space squeezes a maximum of fourteen people and the restaurant is decorated in a charming manner, with all matters of colourful, ethnic Indian artefacts and the wooden tables covered with embellished, gold threaded cloth.

Meals start with a complimentary serving of these cone-shaped poppadoms which have a fiery bite and a selection of chutneys and mint sauce. While you peruse their extensive menu, order a mango lassi which is smooth, tangy yet sweet and served in a gorgeous golden goblet.

Their samosas were sizeable and quite heavy, but have a lovely, light crust, whilst the potato stuffing had a good balance of spice to whet the appetite. Just don’t eat them too quickly at the beginning of your meal or you will be full! The onion bhajis were pleasing as well and thankfully not too greasy.

We enjoyed the Palek paneer which was rich but not too creamy and had a generous amount of paneer. Their biryani was quite authentic, having had biryani in Hyderabad, I had something to compare it too, and it hit the spot with its aromatic spices and fluffy rice. Their chicken korma may surprise those who are used to the more British style- extremely creamy and yellow or red in colouring- but Chor Bazare’s version is more faithful to the Mughal recipe using cashew nut cream paste, yoghurt and coconut, resulting in a green curry that has a mild spiciness and slightly sweeter taste with some astringency. I felt their vegetable dishes excel at Chor Bazare and their Brinjal (aubergine) curry was wonderful, with the aubergine not over-cooked and still holding their shape. Other hits were the lamb shank curry which was falling-off-the-bone tender and their naan bread- garlic, cheese, plain, they were all piping hot, (yes we ate all three types), soft, fluffy and appealingly fragrant. 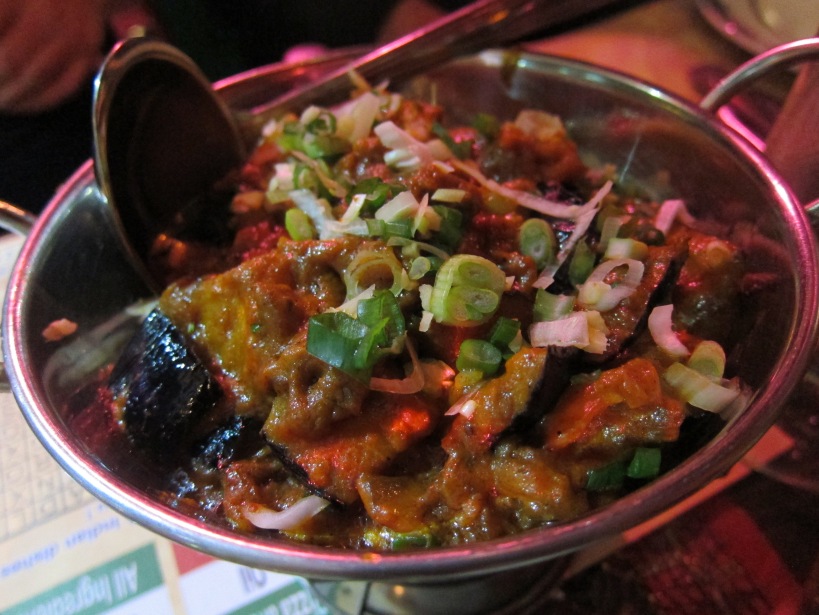 With the bill coming to no more than $200-250 per head for a hearty feasting, Chor Bazare is well worth a visit. Budget-friendly, authentic Indian dishes and charming surroundings. What’s not to love at this Thieves’ Market?

One thought on “Huzzah for Chor Bazare!”