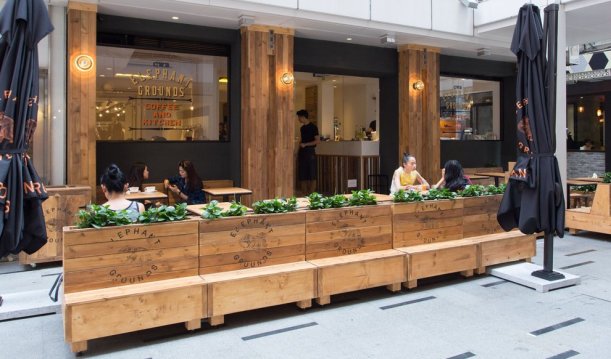 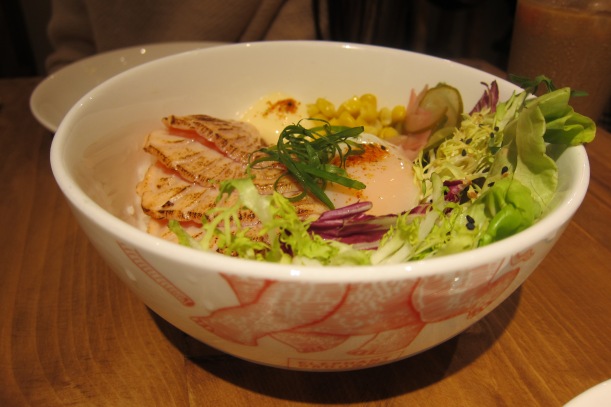 Nope, this isn’t a post about drinking chic coffee in Mayfair in London sadly, fooled you! But, I write this as I stare out of the window at the disgustingness that is a red rainstorm and can’t help but think of England and how the weather is most probably crap as well. Joys on both sides of the Earth. So it’s quite apt that there is now a coffee place in HK called Mayfair where you could TRY and sit back and think of the green and pleasant land that is home for us Brits.

Given how awful the HK weather has been recently, nothing quite beats the dreariness like a cup of tea, (obviously) or a lovely coffee brew. I don’t pretend to be a coffee snob; in a previous life, I used to drink the worst kind of canteen and instant machine coffee there is- sometimes up to 4 cups of this thick, black sludge a day to combat droopy eyelids, much to my taste-buds’ dismay. Now, Starbucks is also a usual go-to- I am a Starbucks lemming ordering my hazelnut lattes.

But, there are some great cafes in Hong Kong- Cafe Corridor in Causeway Bay, (though sometimes their coffee arrives a little on the tepid side), 18 Grams, Rabbithole. And now, I’ve decided I quite like newcomer and independent coffee outlet Mayfair Coffee, at the Center in Central.

Mayfair, opened by Ken Pong, takes its name from that well-known posh area in London. The outlet is small, practically an area chiseled out from the wall, seating no more than 6 and serving more as a quick pit-stop or ‘drive-through’ for coffee. There is no denying its charm however, with the English influence seen in small details at the counter. Its name is meant to be a reflection of the high quality coffee that Mr. Pong wishes to serve to customers, alongside pretty cakes and Mövenpick icecream and I feel that the ambience of being in a stylish cafe is definitely achieved. Their logo is rather cute too; two deer heads emerging from one body facing opposite directions. Looks a little odd, but the point is more philosophical, born from an idea of looking forward whilst also looking back. 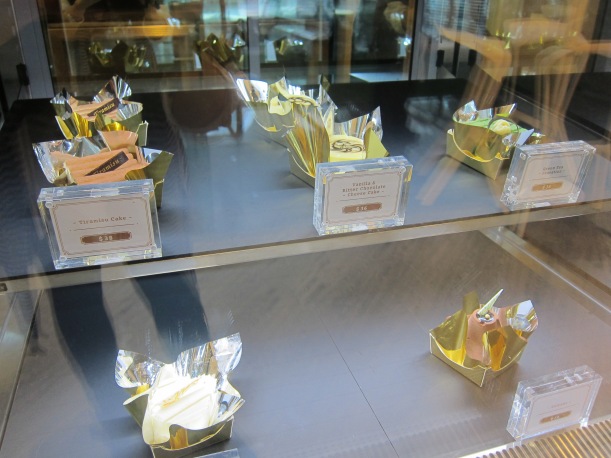 Something that amused me greatly was finding out that three of the baristas, including head barista Rita, were all previously Starbucks employees. Rita was at the coffee giant for six years, before deciding that she wanted the chance to be a bit more creative and step out from behind the automatic coffee machine to a semi-automatic one at Mayfair. Aside from the usual array of classic coffees and a good selection of espressos, they also serve Kenyan and Guatemala single-origin specialty coffees brewed using hand-drip or syphon methods. 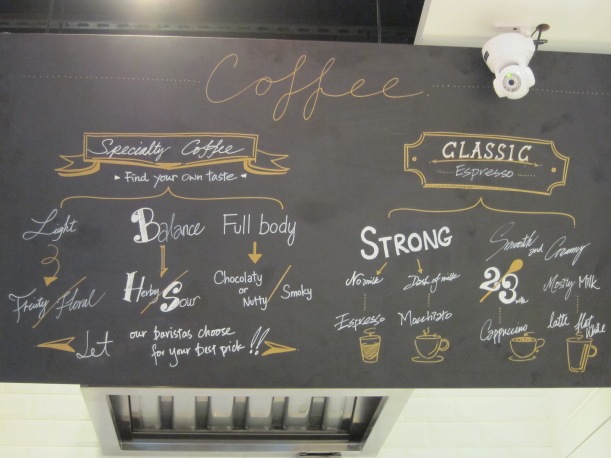 I had a latte with one of their Green tea and mandarin orange jelly cakes and thoroughly enjoyed myself. The baristas were fun and friendly and we had a good laugh chatting away at the counter. I must say my latte was excellent and smooth. I normally find the Starbucks’ version leaves a slightly bitter after-taste if I don’t add some sugar to it but at Mayfair, it was full-bodied, milky and sweet enough without additional sugar. My cake was pretty to look at and delicious to taste. A delicate green tea flavour came through and the orange jelly gave a noticeable citrusy punch to liven the cake up.

Mayfair might not be a place to hangout at per se, given its size, but it’s good to have a different coffee outlet to go to in Central that isn’t a Starbucks, a Fuel Expresso or a Holly Brown. More excitingly, they have introduced coffee workshops, so if there is interest to do a class, you can email them at info@mayfaircoffee.com. What’s my overall opinion? In short, I like it. I think I’ll be taking a short detour to the Center a bit more in the future.

This was by kind invitation- many thanks Ken!

Homemade scones baked in the air fryer by the other half. So good 💕
Being at home most of the time has forced a lot of variety in our home cooking: today's lunch is my potato and cauliflower soup with a drizzle of olive oil and cheddar 💕
These photos have been in my folder for ages, totally forgot to post highlights from a little lunch time trip to Dominique Ansel. Everything was so cute to look at! The HK milk tea cookie shot was a particular favourite. Then there was the 'pineapple bun' and 'Lemon Juice box' which was an earl grey tea cake. Finally a savoury in the form of silk egg katsu sando.
Mexican night, fully loaded nachos, fajitas, Mexican rice and coleslaw, black beans, and delicious cocktails and mocktails. #homemade
Quick 15min Beggar's pasta for midweek dinner 🍝
Spot of afternoon tea.

© Michelle Ng and Chopstixfix, 2017. Unauthorized use and/or duplication of this material without express and written permission from this blog’s author and/or owner is strictly prohibited. Excerpts and links may be used, provided that full and clear credit is given to Michelle Ng and Chopstixfix with appropriate and specific direction to the original content.
%d bloggers like this: