Ahhh London. I absolutely looooovvve going home and London when it’s warm, dry and sunny is the absolute BEE’S KNEES. Two words: Borough Market. One of the most blissful places to roam around, especially on an empty stomach. A glutton’s dream. The first time I went, which was maybe 6 years ago, the market wasn’t quite the commercialised hub that it is today. There were more rough edges and a less polished charm which I adored. Today Borough Market has been discovered by shedloads of people and anyone who has sniffed out its delicious, wafting aromas and has, somewhat sadly, developed into a tourist attraction in itself but it’s still fantastic. I’m just dismayed that the amazeballs raclette stall that was my all time favourite seems to have disappeared. Boo. 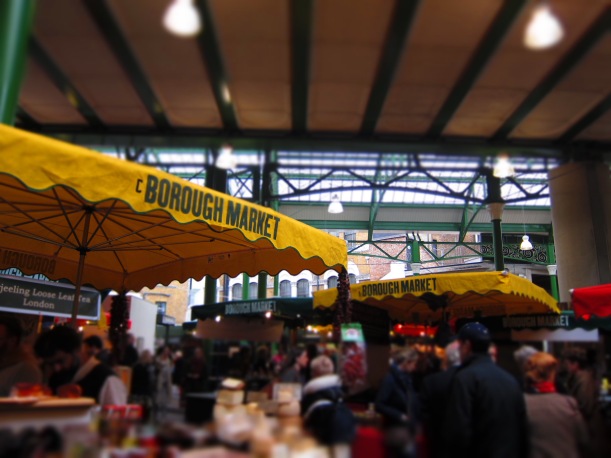 I went with my parents last Friday and by some miracle were blessed with dry weather and a positively balmy 16 degrees. We wasted no time trawling through the market in search for lunch and first stop was at Portena for a heavenly beef empanada. Juicy, packed with flavour, ugh..I wanted more, more, more. You can pour their homemade Chimichurri sauce on your empanada too, which gives it a punch. 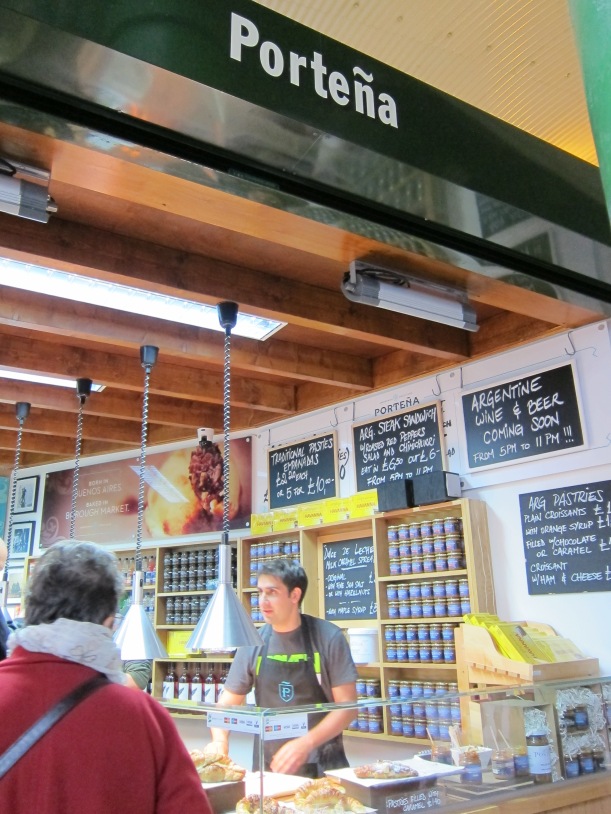 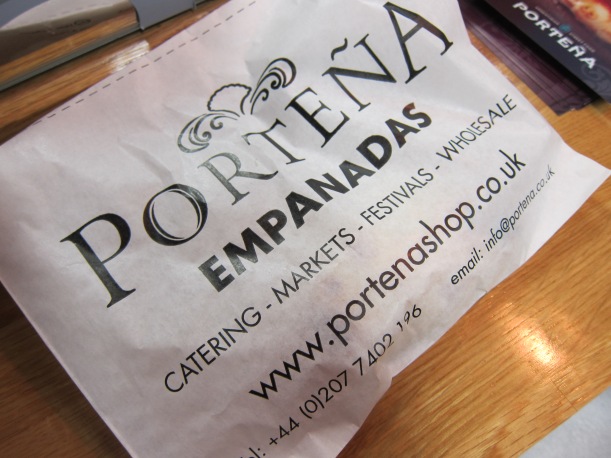 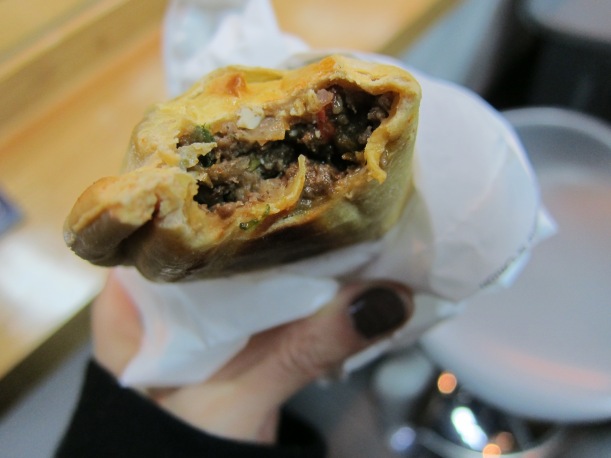 Brindisa, a Spanish gastronomy company, has a glorious shop selling Serrano and Iberico hams, cheeses, olives and of course chorizo. But the best part is that Brindisa has a little stall selling the most kick-ass chorizo sandwiches. Get in my belleh. Bit pricey though, damn inflation. £3.75 for a ‘single’ i.e. 1 chorizo piece, and £4.75 for 2 chorizo pieces. Luckily they are fat chunks. 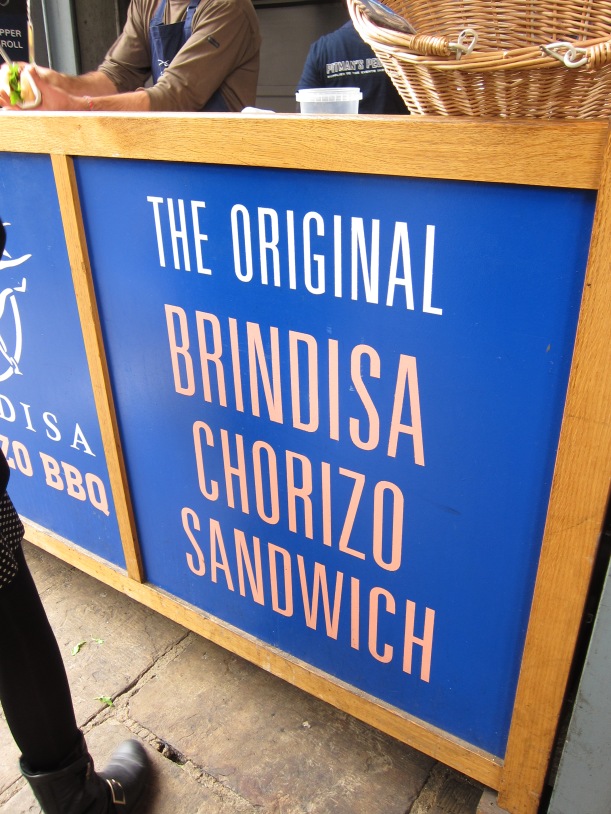 More meat next- the German deli stall is extremely popular, and for good reason too as their Bratwurst roll is ridonkulously good and large. Difficult to cram in my mouth but somehow one manages. Packed with sauerkraut and with lashings of ketchup and mustard, this £4.50 roll is sensational.

Bratwurst roll- doesn’t look that attractive but it was stupendous.

The carb feast almost over, I spotted a gorgeous cake stall called The Free From Bakehouse with a display of beautiful baked goods, some with interesting combinations of flavours. I spied this drool-worthy Parsnip, Pear and Sea-Salt Caramel cake which was wheat and gluten free as well. The caramel icing was hypnotic to look at. My stomach was pretty much bursting at the seams but I sunk my teeth into a rather large slice and was rewarded with cake nirvana. Ooohhh.

The Free From Bakehouse 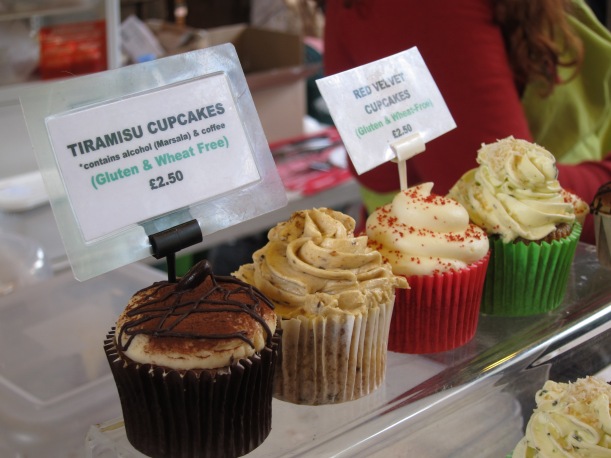 We couldn’t manage anymore food, but wove our way through the markets and finally ended up at one of the best coffee shops- Monmouth. A coffee institution that serves smooth, rich coffees and a must for coffee-lovers. The coffee of the day was a Kenyan coffee bean- Gichathaini, which was quite intense and had hints of fruitiness. Perfection in a cup.

Waiting for the coffee to be filtered 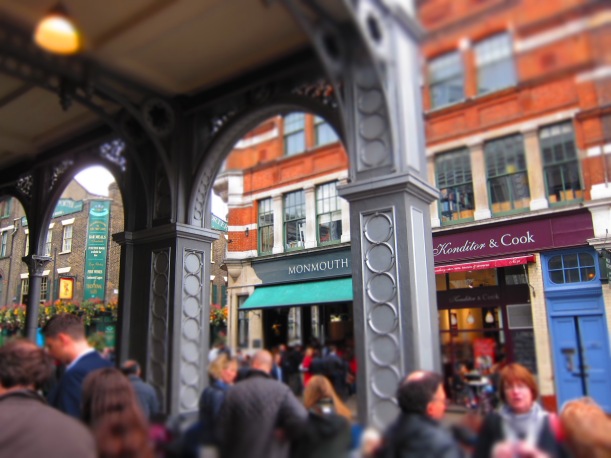 The rest of the photos below are just a few stalls I passed by that interested me, and may catch your eye too if you ever go. If only our stomachs were as big as our eyes. 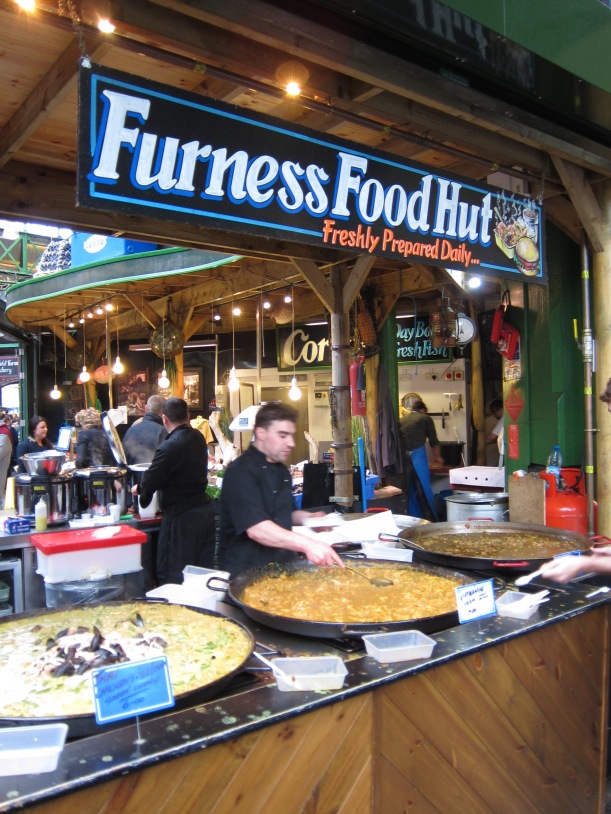 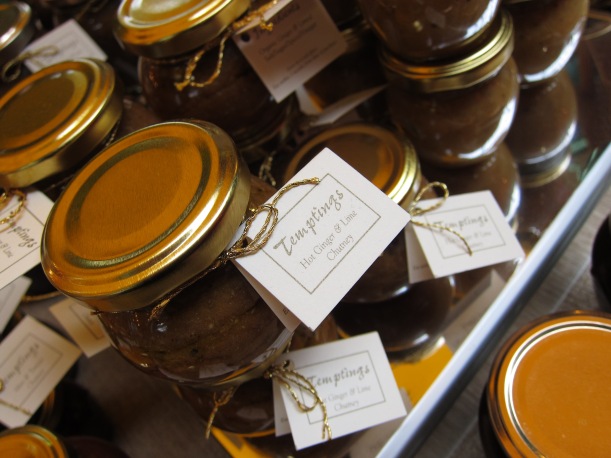 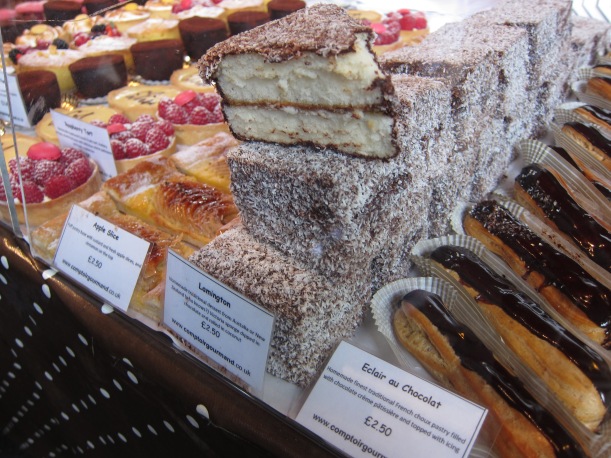 Lamingtons and eclairs and cakes galore 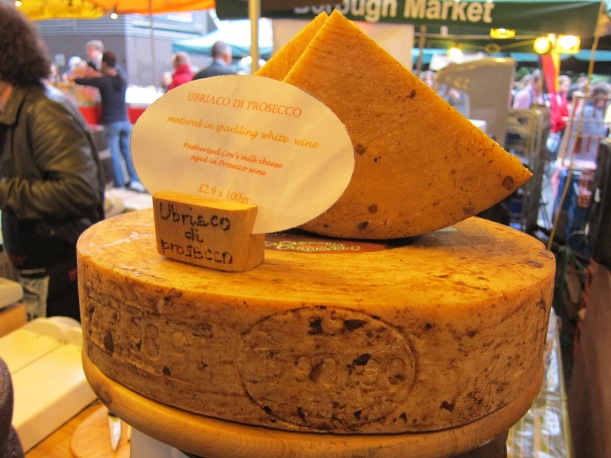 An invitation to smell a bowl of truffle

As you can tell, I’m in the middle of yet another updating frenzy. Obviously, October has long gone, but you can still read the rest about Berliner! 😛

October is round the corner, (where did this year go?!), and that can only mean one thing in Hong Kong- Oktoberfest! I’m sure you thought I would say Halloween, but if you haven’t been to the Marco Polo German Bierfest before, then you’re in for more than just a trick or treat.

I’ve attended the last two Bierfests since moving to Hong Kong, and my interests lie completely with the stalls of traditional German food, getting my ‘free’ Oktoberfest tankard, both of which now double up as pen pots in my flat, and having a beer.

However, if a year is too long to wait for the next sausage-fest, don’t get your knickers into a twist (excuse the pun). Cafe Deco group, (Sakesan, Cafe de Paris, Watermark), has opened their second Berliner restaurant in Olympian City 3, following the success of the original Berliner in Soho East.

Olympian City in West Kowloon is vast, and the directionally challenged person that I am, took ages to find my way. When I arrived, what surprised me most was that the alfresco area of Berliner and other restaurants along this outside strip of Olympian City 3, felt quite European, as if I’d been plonked in the middle of Belgium. Perhaps it was because the street was quiet, the area sprawling, but it was quite lovely, and I imagine that many people would enjoy having a beer or two outside in cooler weather and forget that they were in Hong Kong.

When I stepped into Berliner I noticed the shiny new bar, serving a variety of German beers and was greeted by several smiling staff and the bar manager, who helpfully led me to my table, right in front of the open kitchen. While I waited for my dining companions, I tortured myself by staring at the rows of whole chickens slowly spit roasting in the window and casting a glance around the spacious restaurant with nice big six to eight-seater booth tables. Eventually I tore my gaze away long enough to indulge in a mocktail- the Apfel Strudel Drink, made with apple puree, ginger beer, cream and cinnamon. Though not exactly thirst-quenching, given the cream, it was oddly tasty, like having liquidised apple strudel. Not a drink to have several rounds of though! 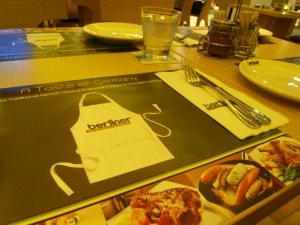 I was famished when it was time to get stuck into our meal, and first up was the Berliner Bratwurstschnecke, or roasted Berliner sausage. Resembling a sausage version of a cinnamon roll, the Bratwurst was roasted nicely and very well seasoned. The sauerkraut, which I become addicted to, so much so that the theme of the meal was me heaving piles of the stuff onto my plate, was a good compliment to the dish. The Wurst sausage platter with bratwurst, regensburger (beef and pork sausage that’s been smoked and then boiled), nürnberger, and White Munich (boiled veal and pork sausage), was also served with sauerkraut and roasted potatoes, and was altogether pretty satisfying. I enjoyed the nürnberger and the regensburger the most, as both seemed to have a fuller flavour, but in essence, the entire platter was prepared well, the Würste meat tender. The roast potatoes were a little too heavily and unnecessarily salted, especially as the meat was thoroughly seasoned; but that is my only complaint about the dish.

The two other main dishes we indulged in, were the Grillhähnchen (roasted half-chicken) and the Schweinshaxe (roasted pork knuckle with mashed potatoes and sauerkraut)- one of the most popular dishes of the Marco polo bierfest and a favourite amongst carnivorous males.

The roast chicken was nicely cooked; the skin crisp and the meat moist, but the pork knuckle trumped the chicken with its amazing crackling and flavoursome meat. I could have demolished the entire crackling myself, but I was also busy attacking the sauerkraut (again) and enjoying the creamy mashed potatoes.

We couldn’t finish our meal without ending on a sweet note and we ordered the Apple strudel served with vanilla ice-cream and the rhubarb crumble. Both desserts were of a good standard but I preferred the sweetened apple in the strudel to the rhubarb, though the pastry was a little soggier than I would’ve liked.

No more solid food after our puddings, but we did have room for a shot of Schnapps- I had the sour apple which was light and tasty but still had some impact on my oriental liver, but the Himbeergeist Raspberry schnapps was ridiculously strong and almost had me drunk at the first whiff and sip, after which I stopped and decided that I didn’t want to pickle my liver.

I’m glad that Hong Kong now has a little taste of Germany all year long, rather than just in October, and the casual dining atmosphere plus the great outdoor patio, affords a pleasant and relaxing eating experience. The location may be a little out of the way but due to the enormous spread of Olympian City, it is in fact, not far from Mong Kok. One thing I have to comment on is that although Berliner imports German beers, it does not, disappointingly and ironically, import local Berlin beers. This might be an aspect to address, so that if anything, customers will not wonder about the origin of the restaurant name!

You can also see the review on Sassy Hong Kong